Here is a very simple way on how to store mulitple checkbox data in mysql database. 1. Create a form with checkbox. Here is a sample of what i did. this is a Attendance Recording System. The user will check on the name of the Absent students. Once done, the user will Press “Record” and … END_OF_DOCUMENT_TOKEN_TO_BE_REPLACED

The Hunger Games trilogy is a young-adult adventure science fiction series written by Suzanne Collins. The trilogy consists of The Hunger Games, Catching Fire, and Mockingjay.  The first two books were each The New York Times best sellers, and the third book, Mockingjay, topped all US bestseller lists upon its release. By the time the … END_OF_DOCUMENT_TOKEN_TO_BE_REPLACED

Charmaine Clarice Relucio Pempengco (born May 10, 1992), popularly known by the mononym Charice, is a Filipino singer who rose to popularity through YouTube. Dubbed by Oprah Winfrey as the Most Talented Girl in the World, she released her first international studio albumCharice in 2010. The album entered the Billboard 200 at number-eight, making Charice the first Asian solo singer in history to land in the Top 10 of the Billboard 200 albums chart. … END_OF_DOCUMENT_TOKEN_TO_BE_REPLACED

#5BandsIWantToSeeLive is now trending worldwide on Twitter. Found this an interesting topic for my next post. Honestly, I haven’t gone to any concerts of any artist or band. Haha. But I guess, to be in a concert would be a great fun. Maroon 5 Maroon 5 is an American pop-rock band from Los Angeles, California. While they were in high school, lead … END_OF_DOCUMENT_TOKEN_TO_BE_REPLACED

Originally posted on Do Not Get Sick in the Sink, Please:
Where bad ideas for blog posts go. I’ve accumulated quite a pile of still-born ideas for blog entries over the past  month. I’m not sure what to do with them.   Maybe if I clump all of them together, I can squeeze a single…

Repost: One young academically excellent person went to apply for a managerial position in a big company. He passed the first interview, the director did the last interview, made the last decision. The director discovered from the CV that the youth’s academic achievements were excellent all the way, from the secondary school until the postgraduate … END_OF_DOCUMENT_TOKEN_TO_BE_REPLACED

One thing I have observed is that noisy people are not productive. They toot their own horns their voices are loud but they do not perform well. The quiet ones are the dangerous ones. They may be silently accomplishing much and because they are productive, they do not have time to indulge in useless revelries. … END_OF_DOCUMENT_TOKEN_TO_BE_REPLACED

Plot Seth’s father Odong is sick and is not able to walk because of a stroke. Seth brought her father to Manang Elsa, a faith healer, to ask for help. She went to the place and saw many people were there to be medicated. It was Odong’s turn to be healed and Manang Elsa touched … END_OF_DOCUMENT_TOKEN_TO_BE_REPLACED 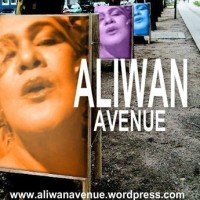 Do Not Get Sick in the Sink, Please

Everyone Has a Story